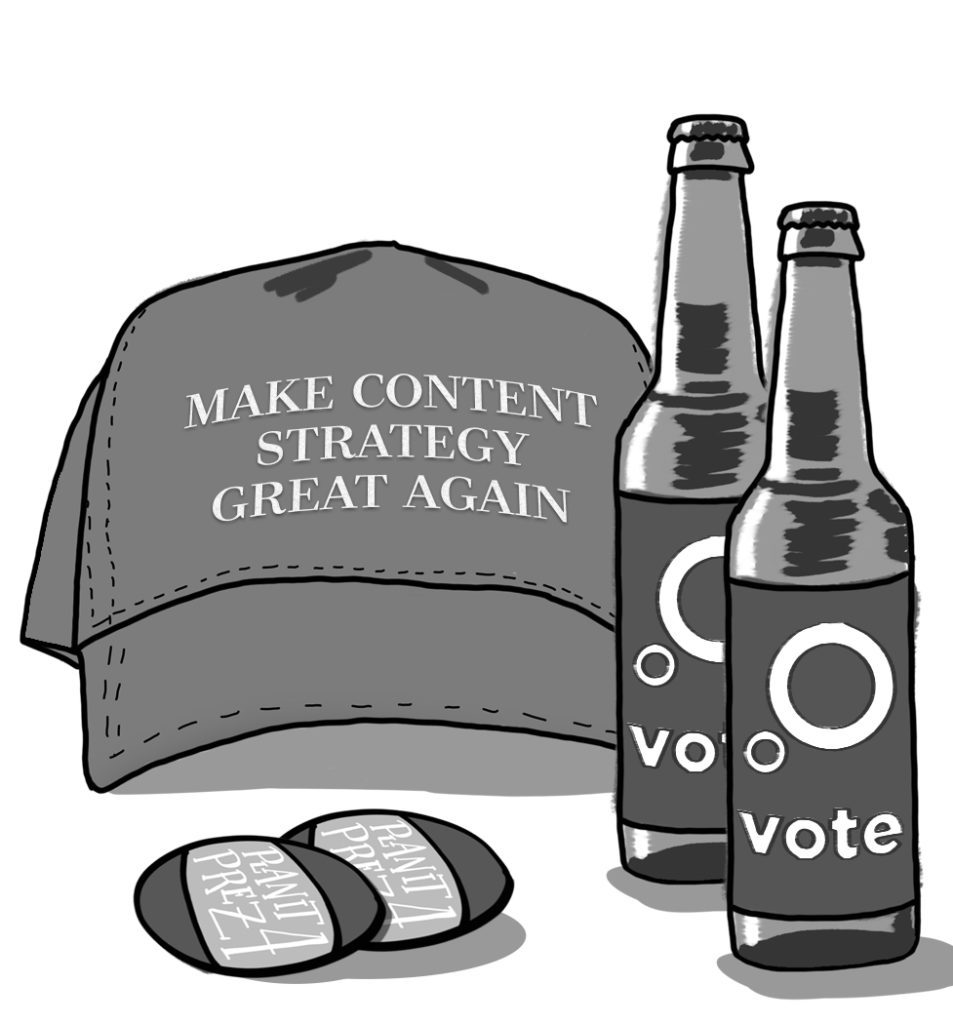 You’ve likely heard these adjectives tossed about by political columnists and TV pundits throughout the 2016 election cycle. On the surface, the Twitter insults, threatening chants, and three-ring press conferences (or lack thereof) certainly seem like unorthodox methods for reaching the American populace. But just a cursory read of a U.S. History textbook might have you thinking otherwise. Could this year’s presidential contenders actually be guilty of playing it safe? Are they merely putting a contemporary spin on the truly groundbreaking campaign content strategies of years past?

Join us for a stroll down memory lane and find out which presidential candidate was really the first to make campaign content strategy great again.

Inciting fear of nuclear war, capitalizing on an emerging medium, handing out branded booze—these all proved to be highly effective content strategies in campaigns of yesteryear. Just as the above candidates succeeded in unearthing original ways to capture the attention of the American electorate, the 2016 White House wannabees are proving they too will stop at nothing to impress voters—even if that means resurrecting the winning messages of their political idols.

Investing in Content for Us and Our Clients
View All Articles