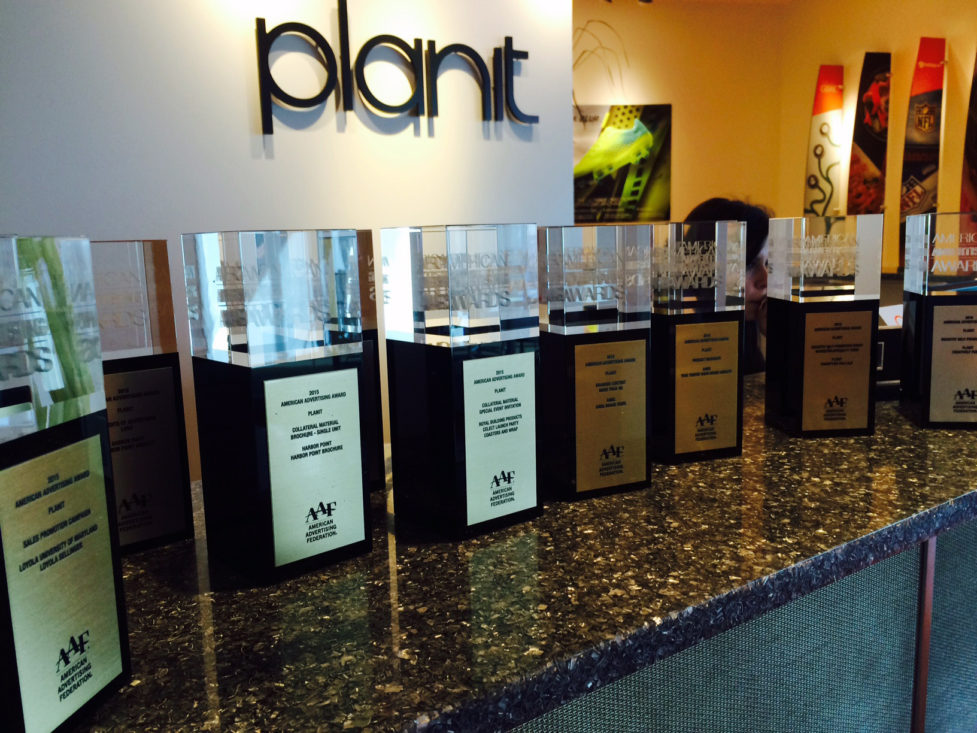 A website for a Grammy award–winning band, a brand video for a manufacturer of American-made lawn and garden tools, and packaging for a national salad dressing company—what do these all have in common? They were all honored with American Advertising Awards at last night’s “Downton ADDY”–themed event hosted by the American Advertising Federation of Baltimore. And they were all created by Planit.

The annual awards competition, formerly the ADDY® Awards, celebrates Baltimore’s most talented marketing communications professionals. Highlights of the 14 gold and silver awards won by Planit include websites for musicians Weezer and Neon Trees as well as the AMES® True Temper® snow brush, a brand video for AMES, packaging for Tessemae’s All Natural, launch event materials for Celect® Cellular Exteriors by Royal®, a campaign for Loyola University of Maryland Sellinger School of Business, a brochure for Harbor Point and Planit-branded Disruption Pale Ale.

“As an agency, we are continually fostering bold new ideas and stretching the limits of creativity. The recognition we received from the ADDY Awards last night attests to that,” said Matt Doud, president of Planit. “We won’t ever stop pushing the envelope, and this fearless philosophy works for a wide range of clients—from those based right here in Baltimore to ones on a national scale.”