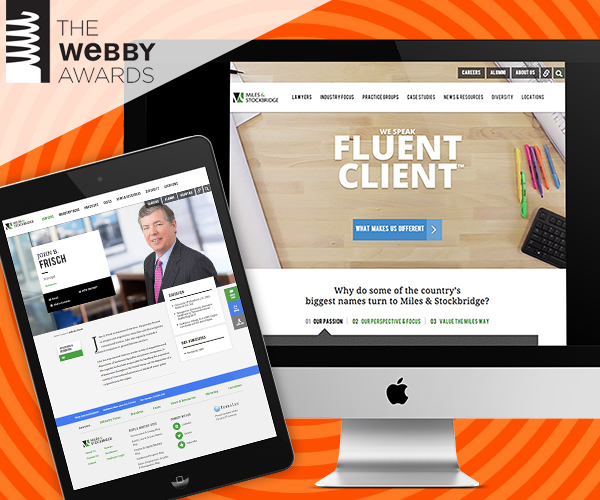 Planit, a Baltimore-based communications, marketing and interactive agency, announced today that it has been named an honoree for Best Law Website for its work for Miles & Stockbridge in the 19th Annual Webby Awards. Hailed as the “Internet’s highest honor” by The New York Times, The Webby Awards, presented by the International Academy of Digital Arts and Sciences (IADAS), is the leading international award honoring excellence on the Internet. IADAS nominates and selects The Webby Award winners, and its members include web industry experts such as Tumblr’s founder, David Karp; Grantland’s Bill Simmons; Lucky magazine’s editor-in-chief, Eva Chen; Instagram’s co-founder, Kevin Systrom; Martin Cooper, inventor of the mobile phone; and creator of the GIF file format, Steve Wilhite.

“Honorees like Planit are setting the standard for innovation and creativity on the Internet,” said David-Michel Davies, executive director of The Webby Awards. “It is an incredible achievement to be selected among the best from the nearly 13,000 entries we received this year.”

Planit was tasked with transforming the Miles & Stockbridge website in a way that would showcase the law firm’s industry focus, shine a spotlight on its core competencies and introduce potential clients to each individual lawyer in the practice. The agency, known for fostering bold ideas through its philosophy of respectful disruption, saw an opportunity to go beyond the task and, with the user top of mind, take the project a step further by making the site experience intuitive, memorable and pleasantly unexpected. 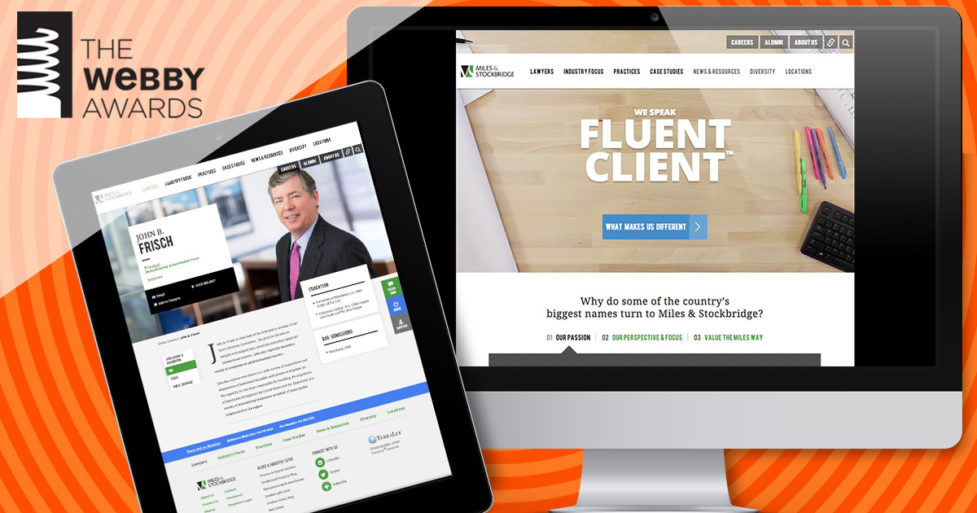 “We always provide our clients with creative solutions that challenge the status quo. To be recognized for this is truly exciting,” said Jessica Brown, associate creative director, digital, at Planit. “Since Miles & Stockbridge is a forward-thinking law firm and is open to bold ideas, we knew we could craft something completely different than the typical law firm website. Armed with valuable insights, we put a contemporary spin on design aesthetics and took a people-focused approach, inventing a compelling new destination for visitors.”

About The Webby Awards