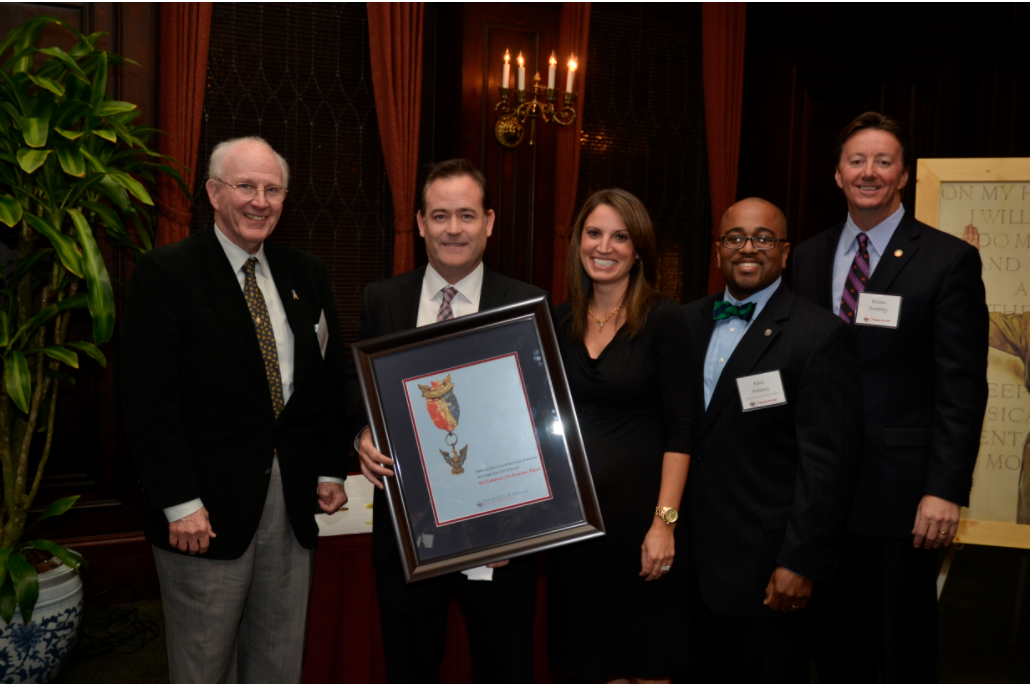 BALTIMORE (December 4, 2012) — Ed Callahan, co-founder and executive creative strategist at Planit, was named Eagle Scout CEO of the Year by the Baltimore Area Council, Boy Scouts of America (BAC, BSA). Known for celebrating central Maryland CEO Eagle Scouts, the award recognizes those who exceed expectations in their leadership roles within their designated fields, as well as in their communities.

An active member of the BAC, BSA since his Cub Scout years, Callahan exemplifies what it means to be a leader and an Eagle Scout. Leading the agency he founded more than 18 years ago, Callahan has become a pioneer in the advertising industry, both locally and on the national level.

“Ed Callahan represents the best in Baltimore as a CEO and as an Eagle Scout,” said Ethan Draddy, Scout executive and CEO at BAC, BSA. “He continues to lend a hand to kids and parents who truly need Scouting in their lives.”

The BAC, BSA hosted its annual event for some 10,000 alumni Eagle Scouts in central Maryland at The Maryland Club. This event, sponsored by Edwards Project Solutions, celebrated 100 years of Eagle Scouts and honored local Eagle Scouts, Scouters and community members for their commitments to Scouting. In addition to the Eagle Scout CEO of the Year Award, many other leaders were recognized at the BAC, BSA Annual Event, including:

About the Baltimore Area Council, Boy Scouts of America

Headquartered in Baltimore, the Baltimore Area Council, Boy Scouts of America serves more than 36,000 young people in Anne Arundel, Baltimore, Carroll, Howard and Harford Counties and Baltimore City. The council is among the 20 largest in the United States and is led by more than 15,000 volunteers. More than 700 community organizations, representing educational, religious, non-profit, civic and business organizations join in partnership with the Baltimore Area Council by chartering more than 900 Scouting units.

Now you see it…

The deli of days gone by
View All Articles